The Cabildo de Lanzarote promotes a project to restore the Plaza de Las Palmas de Arrecife, located next to the church of San Ginés, and recover a design as similar as possible to the one made by César Manrique in the 1950s for this area. This was the first public work that the artist proposed for the Island. 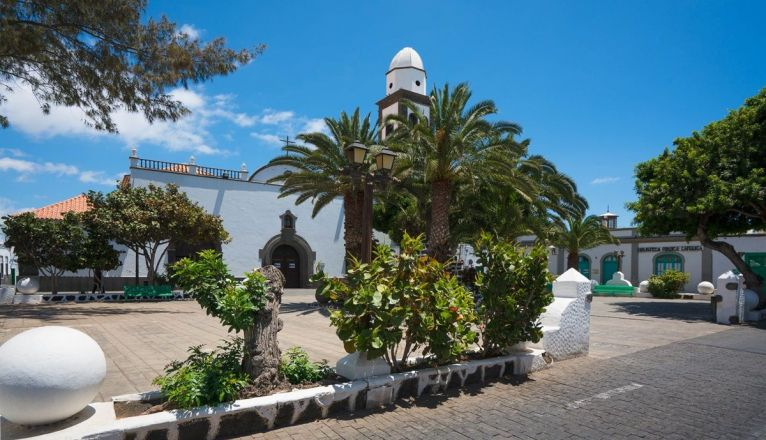 For this, the Historic Heritage Area of the Island Council makes this conservation proposal, keeping the idea as close to its origin. "The project has been carried out as discussed in previous meetings between the Cabildo and Arrecife City Council," they specify, explaining that the Cabildo has requested the administrative cooperation of the Consistory to continue the procedures.

The Insular Councilor of the Area, Ariagona González, considers this project "an example of the line of preservation of the Historical and Cultural Heritage of Lanzarote and specifically of the capital". "The Cabildo, involved in the conservation of the island's heritage wealth, continues to work in order to preserve the heritage legacy of César Marique and not lose the uniqueness of the island's architecture and aesthetics ," she points out.

From the Cabildo they affirm that the rehabilitation of the square intends to solve primarily "the problem of the planters", as well as "the reorganization of the roads, to improve the accessibility and traffic " , and they say that it is "very possible" that the project contemplates "the pedestrianisation of Otilia Díaz street".