Emergency personnel have located this Tuesday the lifeless body of a young man inside the La Corona volcano, where he could have suffered a fall that cost him his life. 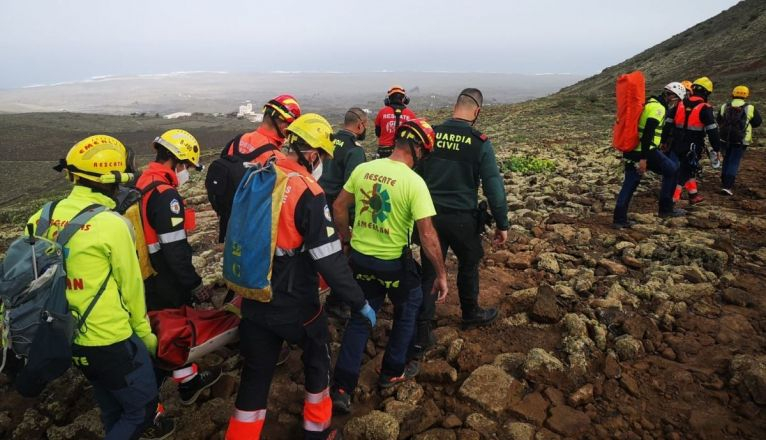 The search began on Monday, when a man called the Civil Guard from Madrid, informing them that he had been unable to contact his 29-year-old son , who was on vacation on the island, for two days.

The young man had travelled alone and the police and emergency teams established the search area based on some photographs that he shared before his disappearance on the Risco beach. After inspecting that road without results, the Civil Guard finally found his rental car in the vicinity.

The police then requested judicial authorization and opened the vehicle, where they found the clothes that he would have used on the beach, as well as a towel.

Although the search area was expanded on Monday, work was suspended at nightfall, which was resumed on Tuesday with more human and material resources, until finally a lifeless body was located.

The steepness of the terrain and the weather conditions had complicated the rescue, which continued several hours later. The GES helicopter had also travelled to the site, but its intervention was hampered by the wind. Finally, around 3:30 p.m., the body of the young man was recovered.