The CD. Evesport, organizer of the Isla de Los Volcanes Rally , has officially confirmed the cancellation of the event, without hiding the indignation. "We have tried to the end and we never imagined reaching this extreme and inconceivable situation. At the last minute and without any possibility of reaction , from the Island Council of Lanzarote we are informed that the authorisation is not granted". 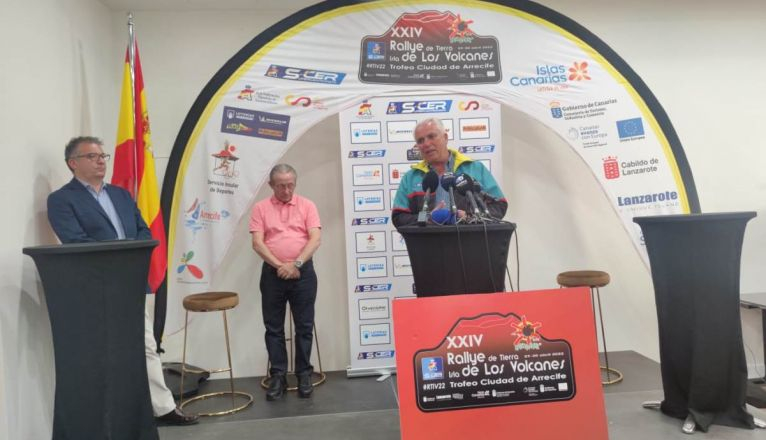 In addition, they directly blame the area managed by the Podemos councilor Elena Solís. "From the very beginning, the organisation has collaborated to affect the island's biodiversity as little as possible, but it has been of little use given the insistence of the Environment department not to hold the rally. As we have already pointed out on several occasions, What we do not understand is that after three months of the file being in the Cabildo, this situation was reached a few days before its celebration, or as recognized by the Cabildo, that in previous years it did not generate a significant impact on protected species, but this time it did", they add.

Regarding what happened this Thursday, they explain that "since one in the afternoon, participating teams and part of the organisation were waiting at the door of the Cabildo de Lanzarote for that authorisation that never came."

The news was finally transferred to him by the Vice President and Counselor for Classified Activities, Marcos Bergaz, and the Counselor for Sports, Alfredo Mendoza, who met with a representation of the participating drivers, the president of the Las Palmas Automobile Federation, Miguel Angel Domínguez, and the president of the CD. Evesport organiser of the rally, Víctor Rodríguez.

"Given the risks indicated by the environmental reports, it has been totally impossible for us to authorise the race, lamenting the situation caused by the cancellation."