The Belgian Kenneth Vandendriessche and the British Lydia Dant have been the absolute winners of the thirtieth edition of the Ironman Lanzarote , the longest running of those held in Europe, a test that was marked by the strong heat that has been throughout the day of the Saturday. 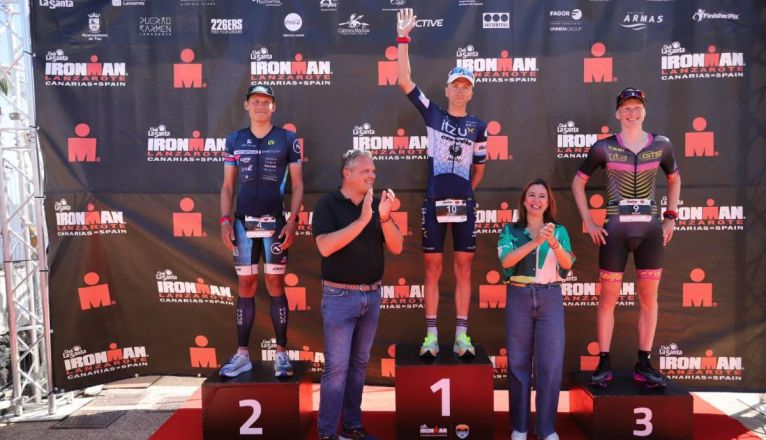 One of the toughest triathlon events in the world began at 07:00 in Puerto del Carmen, where more than a thousand triathletes jumped into the sea to complete the 3.8 kilometer swim segment.

They then cycled through a good part of the island, with a 180-kilometre route, and ended up back in Puerto del Carmen after a 42.2-kilometre foot race.

Dane Mathias Petersen dominated the swimming and cycling segments, obtaining an important difference with the passage of kilometers.

The difference of more than five minutes at the end of the bicycle route was not an impediment for the Belgian Kenneth Vandendriessche to carry out a masterful foot race, surpassing the leader at kilometer thirty of the marathon.

Kenneth Vandendriessche crossed the finish line as the winner of the thirtieth edition of the Ironman Lanzarote using a final time of 8 hours, 39 minutes and 56 seconds.

The women's category was full of emotion until the final meters, seeing the British Lydia DantDutch Els Visser,

Els Visser was only 1 minute and 44 seconds from first place in the women's general classification, making a great race from less to more and being the second classified (09:39:11).

The podium was completed with the third position of the Italian Elisabetta Curridori (10:02:52)