The de-escalation could vary in different areas, but for autonomies and the regional governments they will not be able to design anything by themselves. Moncloa will exclusively take command and will do so in much less haste than various communities claim. "It is not acceptable that, for example the Canary Islands, establish departure times for children other than the central executive," they explain. 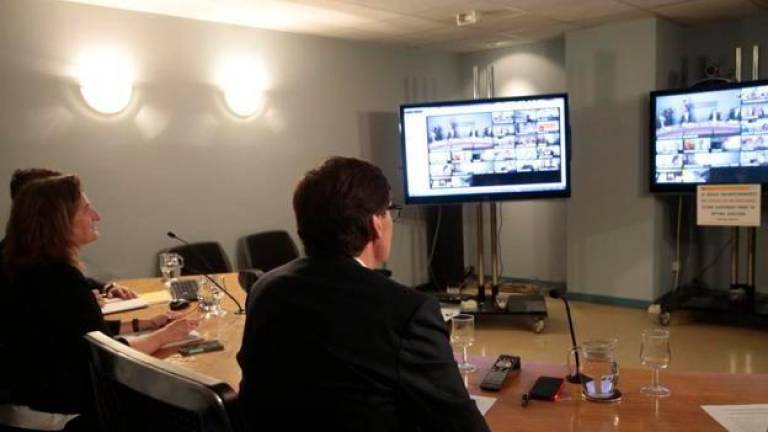 This has also been the resounding message that the Executive of Pedro Sánchez who has conveyed to the Interterritorial Health Council with all the ministries and in which the central Executive has also made it clear that "for the moment" and in the short term, there is no planning to authorize new de-escalation measures immediately, such as the one sought, for example, by the Canary Islands, which this Monday aspired to let half its population go out into the street.

"The autonomous communities are going to have a very important role but it is going to be the government that is directing the process," insisted the Minister of Health, both in Moncloa and before the regional representatives, stressing that the announcements of the different regional executives are nothing more than proposals, but that Healthcare exclusively will be the one with the last word. Furthermore, Moncloa has no plan of delegating, even partially, to the communities the power to decide on the mobility of their citizens in the coming weeks because "the virus does not understand autonomous borders", in the words of a senior official of the central government of the team present at the multilateral meeting.

Illa has reiterated, both at a press conference and to the councilors, that the central Administration does contemplate an asymmetric de-escalation according to the evolution of the pandemic, but that these relief measures do not have to be taken with the autonomous community as an area reference. It will be for territorys. In fact, the technicians study future relief measures , not yet specified, by provinces, islands, regions or simple municipalities. In some cases, the possibility of applying measures in regions that belong to two autonomous communities is even being studied.

Thus, the message this Friday to the councils has been that the autonomous governments must step on the brakes because the time is not yet right to talk about what de-escalation will be , but rather to "start discussing" about what the "criteria" are. They will take into account when deciding how certain containment measures will be lowered in certain areas.