The Canary Islands will impose fines of up to 3,000 euros if there is repetition of not using the mask 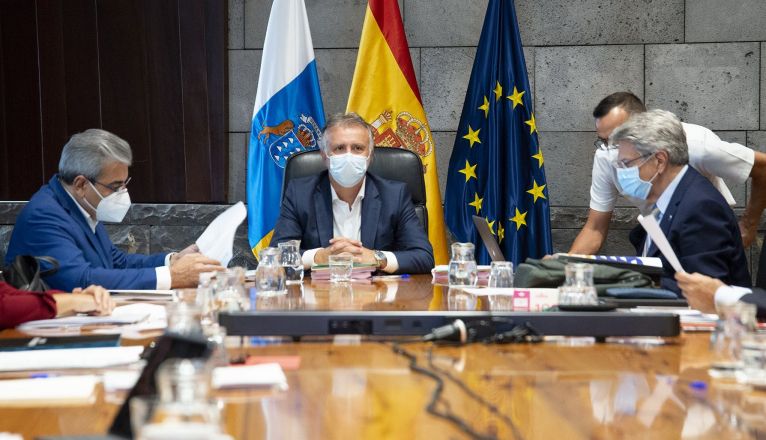 By doubling the capacity allowed in certain events and reaching more than 150 attendees, the penalty is established between 60,001 and 600,000 euros

The Government of the Canary Islands has approved a decree law this Thursday in which it updates the table of sanctions for non-compliance with the regulations issued to contain the coronavirus pandemic and that includes fines of up to 3,000 euros if the mask is not used repeatedly.

This was announced by the spokesman for the Executive, Julio Pérez, after the meeting of the Governing Council which will resume this Friday afternoon He stressed that the "tightening" of the sanctions "was necessary. " to fulfill the" double objective "of facilitating the work of the security forces and" producing a message to the public that whoever does not comply risks a significant fine. "

The new decree, which will be published this Friday or Saturday in the Official Gazette of the Canary Islands (BOC), maintains the minimum fine for not using the mask at 100 euros, although it raises it to 3,000 if the same person is again caught in breach of this measure.

This decree law considers as a very serious infraction (with a fine of 60,001 to 600,000 euros) for the breach of the capacity limits established by the current orders or measures related to Covid-19, when the effective capacity in the premises exceeds 100 % the allowed capacity and also that effective capacity is greater than 150 people.

In addition, it will also be considered a very serious offense "the organisation and promotion of events or any type of act in public or private spaces in which the celebration restrictions are breached, have not been authorised in cases where it is required, or are They seriously fail to comply with the prevention measures established for these, when more than 200 people participate ".

Regarding serious offenses, for which fines of 3,001 to 60,000 euros are established, they include the consumption of alcohol or drugs on public roads in a group of more than ten people (if the number is less, it would be considered a minor offense); as well as the breach of forced isolation by people who test positive for Covid.

In addition, this category also includes the organisation and promotion of events that fail to comply with prevention measures, when the capacity is between 20 and 200 people; or the breach of capacity in a place that exceeds the maximum allowed by 50% and is greater than 20 people.

Serious infractions will also be considered, among others, the breach of using the dance floor in clubs or bars; as well as keeping a worker in his job, in any type of social service establishments, homes, centres and residences, when it is known that he has obvious symptoms of having contracted the disease, or has tested positive for Covid- 19.

Furthermore, this category of serious infractions includes preventing any inspection activity or verifying the facts; the reluctance to supply data or the obstruction to provide data, as well as the supply of inaccurate information and the refusal to collaborate with the health authority, the corresponding authorities and the different police forces.

Finally, minor infractions, which involve fines of 100 euros to 3,000 euros, range from non-compliance with the use of the mask or the prohibition of smoking in the street or on terraces without a safety distance, to refusing to carry out the tests of coronavirus.

In cases of serious infractions, taking into account the seriousness of the facts, risk and circumstances, it may be agreed as an accessory sanction, the closure of the premises or establishment where the infraction has occurred or the prohibition of carrying out the activity, for a maximum period of three months.