The Government of the Canary Islands has not changed the level of any island on Thursday, but it has reduced the restrictions. In the case of Lanzarote, it will remain at level 3 but will be governed by level 2 regulations. In addition, other changes have also been approved that affect the entire archipelago. For the island, these are the new measures that will come into force from this Friday: 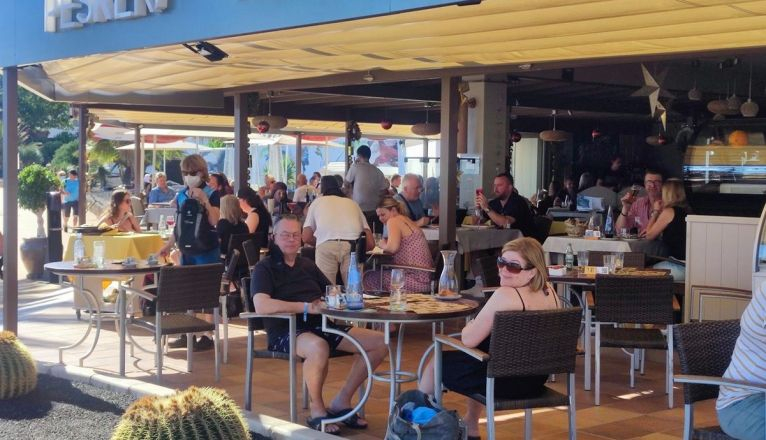 Group meetings : Since alert level 3 re-entered, a maximum of 6 non-cohabiting people could meet in Lanzarote. Now, when applying the restrictions of level 2, the maximum becomes 8, in both public and private spaces.

Closing hours : The hours of establishments and nightlife activities are also extended, and now they can open until 3 in the morning.

Capacity in hotels and restaurants : The capacity will be 75% outdoors and 50% indoors, with a maximum of 8 people per table

Capacity in sporting events : The Canarian Government has also modified this restriction and now, regardless of the alert level of each island, a capacity of 85% will be allowed when events are held in open venues and 75% in closed places. As for training, it is recommended that they be done "preferably without an audience", although their attendance is not expressly prohibited, which would be governed by the same percentages of capacity as a match.

Capacity in cultural events : Like sporting events, cultural activity is no longer governed by alert levels, and the capacity in all the islands will be 75% when it takes place indoors and 85% when it is outdoors. free, in limited public spaces.

Funerals : The other change that the Government of the Canary Islands has approved this Thursday refers to the farewell given to people who died with Covid. Until now, in these cases, the wake and any intervention on the corpse was prohibited, and the possibility of burial or cremation was even foreseen before 24 hours. Now, that order has been rescinded. “Scientific evidence, after two years of pandemic, allows treating and assisting the death of patients with Covid as well as any other death that occurs due to any other disease, with the corresponding wake under the general regulations in force for this type of activities. ”, they point out from the Canarian Government.

Without covid certificate : The covid certificate to access the interior of certain premises and establishments ceased to be mandatory a few days ago, but the voluntary certificate will not be maintained either, as the Government of the Canary Islands intended. And it is that this same Thursday, the Superior Court of Justice of the Canary Islands has refused to extend that measure, which allowed extending hours and capacity to businesses that voluntarily requested it.