The Local Committee of Nueva Canarias San Bartolomé echoes a complaint from the residents of Playa Honda about the fecal discharges that are in front of the local institute, which generate "bad smells, unhealthiness and contamination". 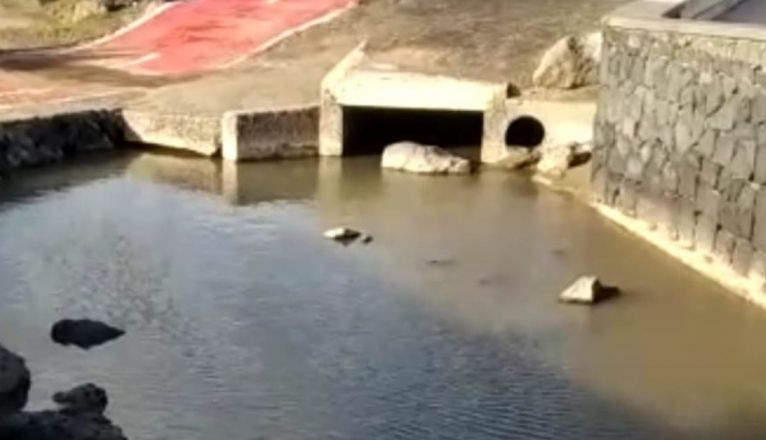 According to the locals, these discharges were highlighted by the health authorities, with the consequence of the perimeter closure of part of the beach. "Today there is no signage of any kind, the beach is open to the public, and the discharges have not stopped," they add.

Pablo Yebra, spokesman for NC, demands that the San Bartolomé City Council "provide an immediate and effective solution to these discharges, since they have only dedicated themselves to carrying, from time to time, repairs that do not solve the problem." Yebra considers that "these repairs are insufficient, since the leak continues to pollute the coastline, generating bad odours and visualizing a bad image of Playa Honda for neighbours, passers-by on the seafront avenue, and bathers."

“Our boys and girls who study at the institute do not deserve to be in class breathing and smelling the gases that fecal discharge gives off, plus the flies and mosquitoes that concentrate around them,” says Yebra. Playa Honda institute is located just a few metres from the sewage, where the young people spend their free time and recreation. "To this adds to the bad odours from the airport sewage treatment plant, which also reach neighbouring houses and the institute," they add.

Pablo Yebra explains that some swimmers have told him that they come to see solid materials such as paper, wipes and plastic on the seashore. “ It is inadmissible that we give this image of our main local beach. An image that does not correspond to a clean, sustainable municipality that plans and acts for the well-being of the citizen”, Yebra denounces.

Thus, NC demands that the San Bartolomé City Council put an end to this environmental attack suffered by the San Bartolomé coastline, on its own initiative or by demanding that Canal Gestión immediately repair the pipeline.

The EU has reiterated its disagreement and absolute rejection of how wastewater is managed in the Canary Islands, warning of the high contamination of marine biodiversity. It's time for the Canary Islands to clean up their sanitary act.