More than 300 guests have attended the official opening of the new Secrets Lanzarote Resort & Spa, the second hotel of the Secrets ® Resorts & Spas brand in Europe. An event organised by AMResorts ®, the leading hotel brand manager of the American Apple Leisure Group ® (ALG), and Hesperia World, manager of Grupo Hesperia, one of Spain's leading hotel groups. 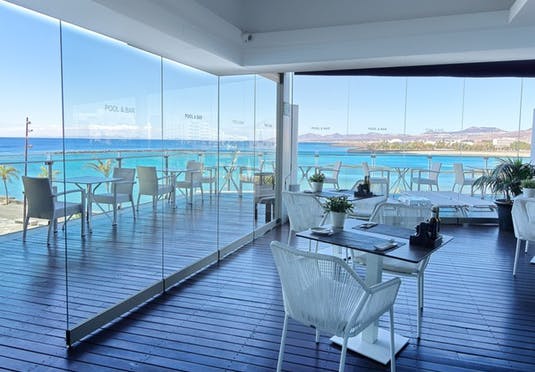 The opening party for this five-star establishment which is “only for adults” and located in the tourist centre of Puerto Calero, has been assisted by Ciprián Rivas, General Director of Tourism Planning and Promotion of Canary Islands; Ángel Vázquez, Tourism Councilor of the Cabildo de Lanzarote; and Óscar Manuel Noda, mayor of the municipality of Yaiza. In addition, a large representation of the civil society of Lanzarote and the Canary Islands has attended. Everyone has been able to enjoy the party and the Pitingo concert, which put the finishing touch to a magical night.

Hesperia World, which maintains ownership and operational management of the hotel, has invested 10 million euros in a comprehensive reformation of the hotel to adapt it to the quality standards of the Secrets brand with a strong Canarian character, alluding to its artistic legacy, Culture and mythology

Javier Coll, Executive Vice President and Director of Strategy of Apple Leisure Group, responsible for the strategy, global hotel development of the group, and who also leads the business in Europe, said that “the inauguration of Secrets Lanzarote is another step in our ambitious plan of expansion of the group in Europe".

For Javier Águila, President for Europe of ALG, “the opening of the second Secrets in Europe is a key milestone in the company's business plans and a sign of the firm commitment we have with the Canary Islands, a consolidated tourist destination that brings together all the features to successfully promote 'Unlimited Luxury', the concept of all-inclusive luxury from the Caribbean into Europe.”