Lanzarote's tourism sector had put its hopes in August, when they planned to reopen several hotels, but the rebound in coronavirus cases on the island and in the Canary Islands as a whole ruined those expectations. This is now confirmed by the Aena data on the movement of passengers at the César Manrique airport, which shows that the arrival of foreign tourists was reduced even more in August compared to July. 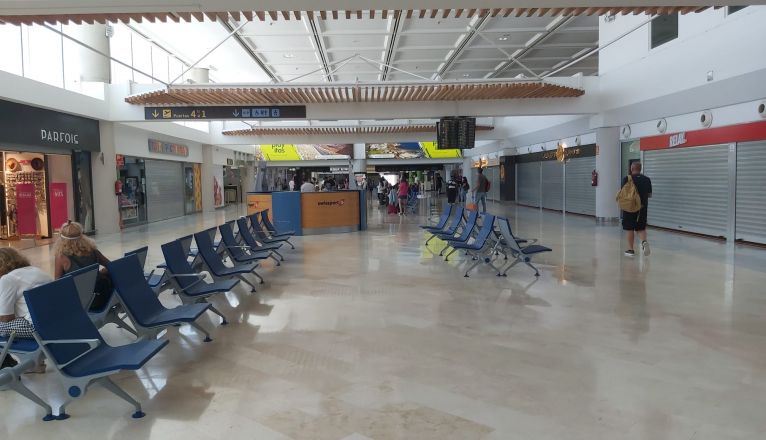 By country, the main country in August continued to be the United Kingdom, despite the quarantine that the British Government imposed on people travelling to any Spanish destination, including the Canary Islands. In total, 11,587 people arrived in Lanzarote in August from this country, although the figure has nothing to do with that registered in 2019, when in the same month 122,889 people came to the island from the United Kingdom. And it also meant a drop compared to July of this year, when 18,613 had come.

Germany rose to second place, but again with a lower influx than that of July and of course that of August 2019, although in this case with a less pronounced fall. Specifically, 7,936 people arrived on the island from Germany last month, compared to 9,045 in July and 20,790 in August the previous year. In this case, it should be remembered that Germany initially left the Canary Islands off its "black list", in which it had included Spain, but given the rebound in cases in the archipelago, it began to discourage travel and also establish quarantines for travelers to return from the islands.

Against these data, the case of Italy contrasts , which last month became the third country with the most travellers to Lanzarote, when it is not even usually among the top five positions. In August 2019, 6,030 people from Italy had visited the island and last month 4,074 did so (also increasing compared to July, when 2,325 arrived), which is the smallest drop compared to previous seasons.

The next country from where more tourists arrived last month was France, with 3,365 (in August 2019, 12,215 people had arrived from France); followed by Ireland, with 3,198. It is Irish tourism that is the second most affected, since the previous year 28,747 passengers from that country had arrived in August, being the second main market for Lanzarote.