The Ministry of Public Works, Transportation and Housing of the Government of the Canary Islands has opened the new stretch of the Costa Calma-Pecenescal highway, in the municipality of Pájara, after works are completed. The official opening of a segment of the road was attended by numerous politicians, both regional and island, including the Deputy Minister of Infrastructure and Transportation of the regional Executive, Gustavo Santana, the president of the Cabildo de Fuerteventura, Blas Acosta and the mayor of the City Council of Pájara, Pedro Armas. 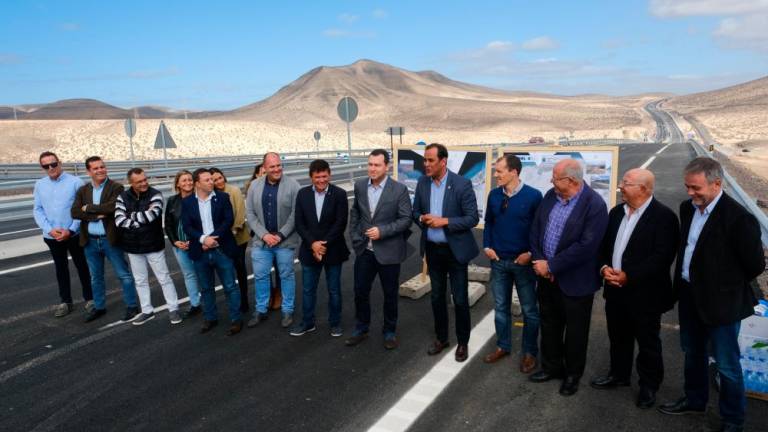 With the opening of this last segment in the Costa Calma-Pecenescal project, vehicles can now circulate between the two most important tourist centres of the municipality of Pájara, Costa Calma and Morro Jable. The road project whose works began in 2010, has had a total investment of 44 million euros.

The Costa Calma-Pecenescal highway has an approximate length of about 14.3 kilometres and was built for speeds of about 80 kilometres per hour. This new infrastructure has a section of two roads of seven meters wide, with two lanes per direction, as well as exterior shoulders of 2.50 meters wide. The route of the highway crosses the municipality of Pájara, beginning approximately three kilometers before the old intersection between the FV-2 and the FV-605 roads, from where you can access the town of La Pared.