The Government will allow businesses to limit the number of items per buyer as an urgent measure to avoid possible shortages resulting from the invasion of Ukraine, according to the Official State Gazette (BOE). 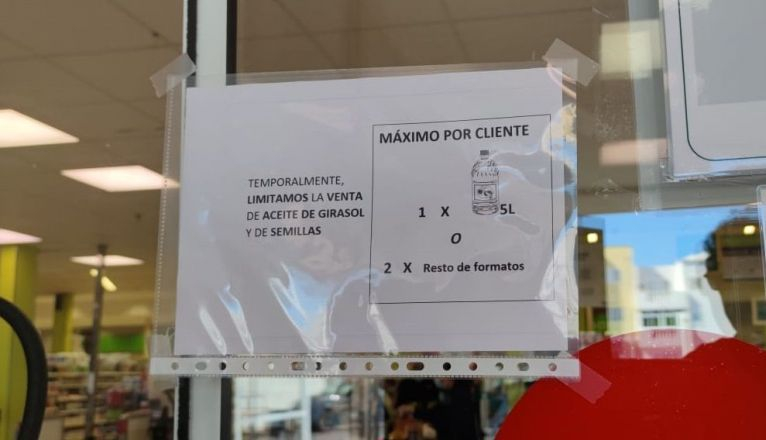 The Council of Ministers modified the Retail Trade Regulation Law last Wednesday so that supermarkets can make use of this measure in an "exceptional" and "temporary" way , as long as there are extraordinary circumstances or force majeure that justify it.

Until now, according to said law, merchants were expressly prohibited from limiting the quantity of products purchased per customer , as well as from raising prices or suppressing reductions for purchases that exceed a certain volume.

However, many supermarkets decided to set a maximum number of bottles of sunflower oil almost a month ago to avoid empty shelves, as many consumers were overstocking this item fearing a possible shortage due to the war between Russia and Ukraine.

It should be noted that chains such as Spar and Hiperdino have not experienced any kind of shortage of products in Lanzarote, not even as a result of the carriers' strike, although they do state that if they were to find themselves at that point, limiting purchases would be the main measure to be taken.