The two occupants who were travelling in the plane landed in the sea this Sunday in the town of El Altillo, in the municipality of Moya, Gran Canaria. They were unharmed and able to reach the coast by themselves. The pilot's expertise was key to prevent the breakup of the small plane which would have ended in tragedy. In the early afternoon the plane was removed with a huge crane, in the midst of curious crowds. 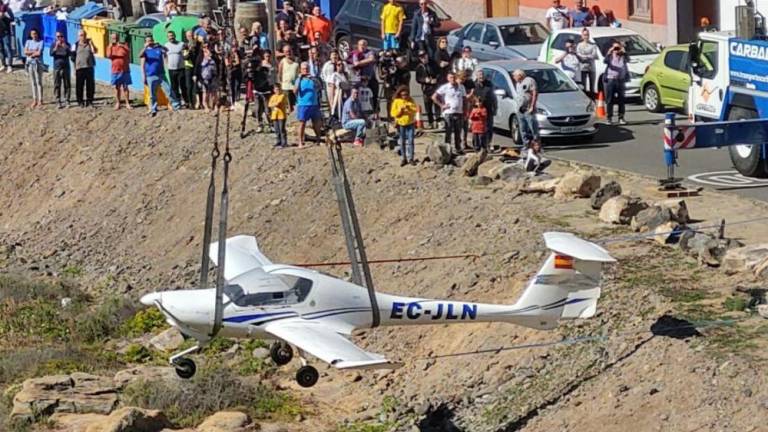 According to some witnesses, an engine failure caused the two occupants to glide for several minutes in the area, while smoke escaped. The pilot's ability to avoid the plane suddenly falling and taking it to an area near the shore avoided a tragedy, residents said.