An Arrecife local policeman jumped into the water and managed to rescue the turtle. 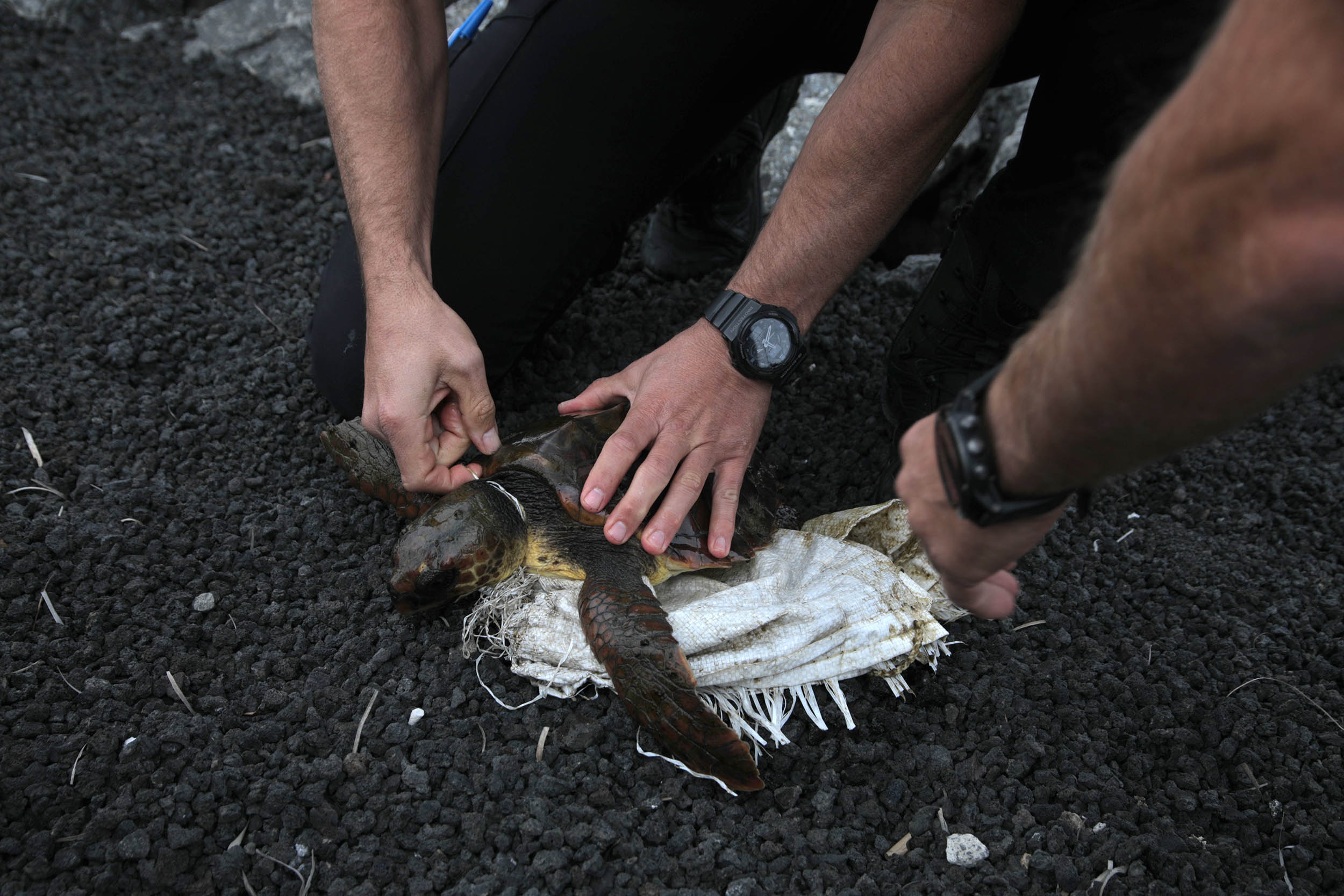 Arrecife Local Police have rescued this Friday morning a turtle that was "disoriented and adrift, with a sack that imprisoned its head and with obvious symptoms of malnutrition."

The events took place in the marine space between the bridge and the car parks of the commercial area of La Marina de Arrecife, when the policemen were alerted by another colleague who was off duty and who was the one who spotted the animal. 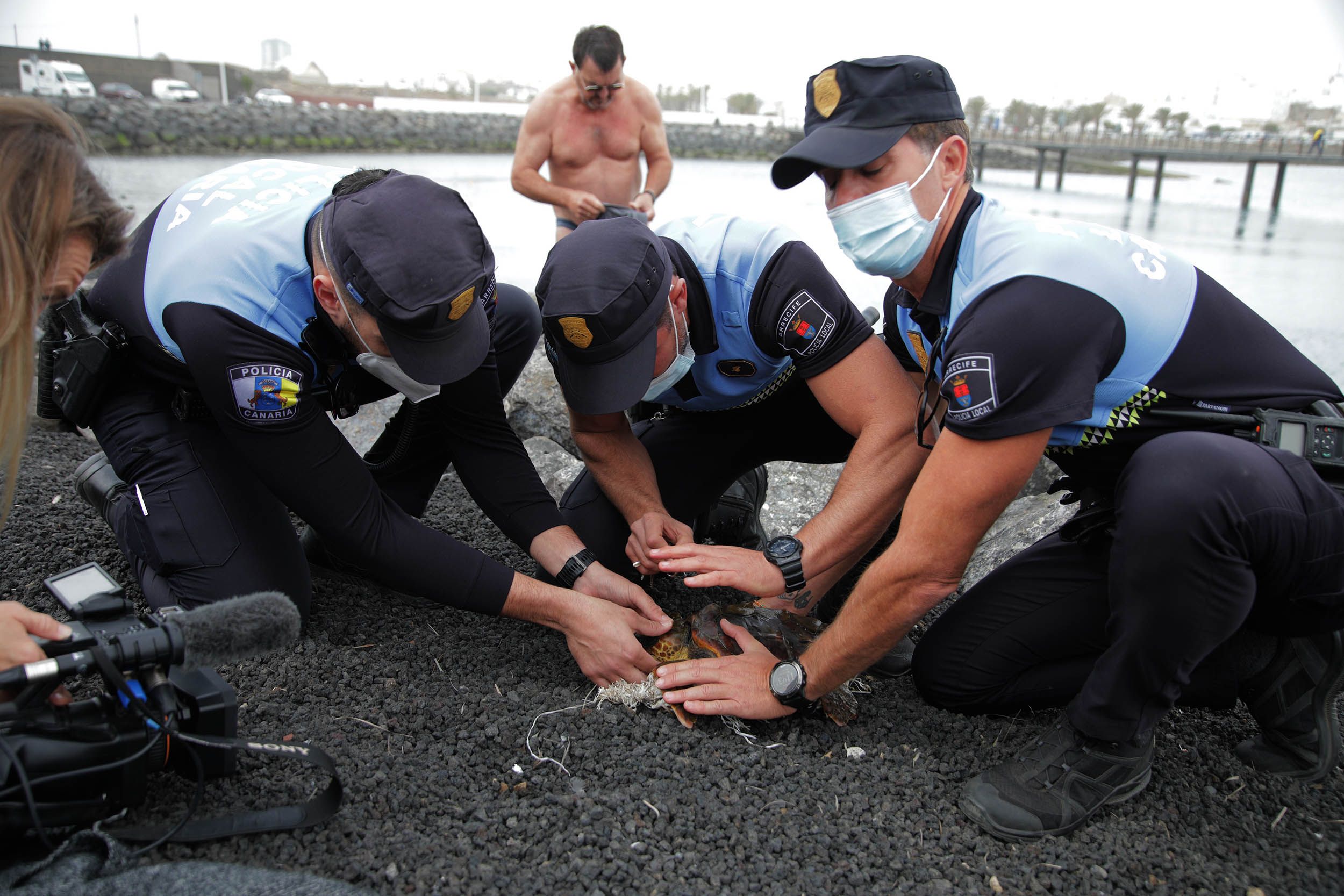 Once they arrived at the scene, the policemen were able to verify that the turtle had disappeared under the sea, so the policeman who was off duty "dived in search of it and was able to find the turtle with the help of diving goggles."

Once out of the water, the policemen proceeded to help the turtle, advised by telephone by a marine biologist who told them "how they should carry out the practice of first aid" and later transfer it to a veterinary clinic.

After the first veterinary examination of the rescued turtle, the technicians have reported a "total recovery", according to the Police.